A young Brit who lived in Belgium for 19 years and now resides in Cardiff is leading a major project to inform and engage other young people about the EU and the referendum this Thursday in an impartial way.

Arthur Huxham, writing for theSprout.co.uk – Cardiff’s youth information website and magazine for young people – has been to Brussels, interviewed senior NATO staff, the Chair of the British Chambers of Commerce in Belgium, ex-BBC journalist Mark Laity, the Chair of the Welsh Society in Brussels, plus European students in Cardiff, and more.

This comes as a poll last week from market research firm Ipsos MORI showed that “the UK is massively misinformed on the EU”, including on immigration and the EU’s financial costs and benefits, and as fifteen academics from Cardiff and Swansea universities have penned an open letter attacking EU Referendum “falsehoods”.

Another young Cardiffian, Adam, says, “With all the sensationalism in the mainstream press and from political parties, it’s a relief to get the facts clearly to know how to make an informed decision on the 23rd. I am really thankful to theSprout writer, who, as a young person, doesn’t have an agenda besides the truth.”

In addition to over a dozen independent articles, Arthur has also just published an exclusive 40-minute documentary called ‘The UK’s Relationship With The EU’. 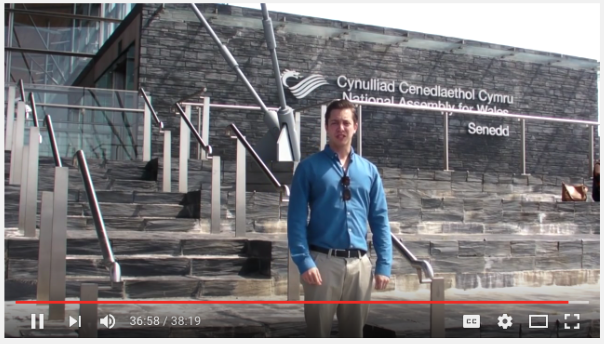 The documentary provides an educational insight into the UK’s long history with Europe, the EU Referendum and the personal views of many UK Expats in Belgium on the big referendum issues.

Arthur says, “I wanted to inform and involve other young people in this once-in-a-generation debate from many important and interesting perspectives, which is even more vital now than when I started this project due to pervasive mainstream misinformation.”

People can access the documentary and interviews at theSprout.co.uk, following the link from the homepage. TheSprout has also launched a brand new information section on Voting, which provides locally – and nationally – useful links and videos on voting, including what children and young people can do if they’re too young to vote.