Approaching work creatively and involving people in co-design is something of a standard within ProMo-Cymru. These qualities have helped us to adopt better practices and communicate more meaningfully.

In 2018, we produced Butterflies: a video that underpinned a nation-wide campaign on coercive control for the Meic helpline. Meic is the National information, advice and advocacy helpline for children and young people in Wales.

We worked with Sarah McCreadie, a 25-year-old spoken word poet to create a spoken word piece for us about what it feels like to be in an unhealthy relationship. 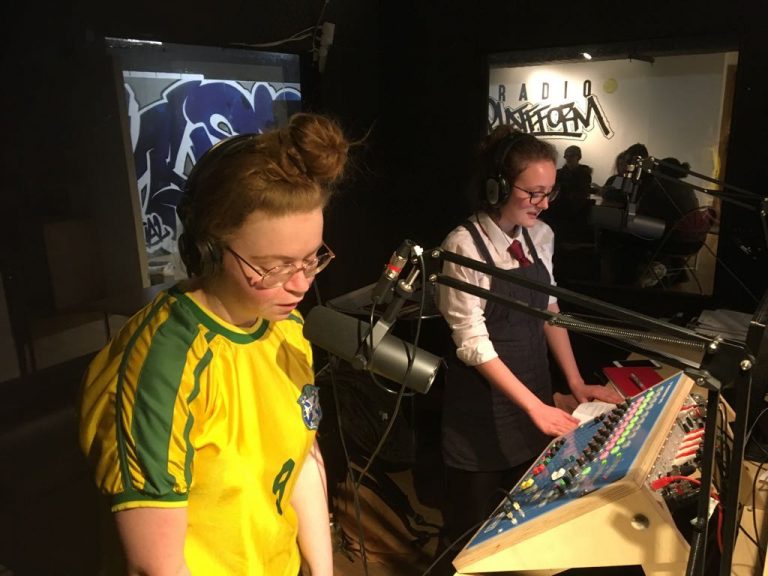 We wanted her to convey the sense of hurt, confusion and uncertainty that young people can feel in this situation. She accepted this challenge and created Butterflies, a fantastic piece which perfectly captures the words of young people and doesn’t feel overbearing, unrealistic or preachy.

“When writing the poem I went about answering a question from the perspective of a worried young person: Is my relationship normal?’ says Sarah.

“I wanted to present the ambiguity of unhealthy relationships, rather than tell someone ‘this is bad, this is good’ as that’s not the case in reality and I think that would be hard for someone to truly connect to,” she explains.

Butterflies was translated and Mari Gil-Cervantes was recruited to record the Welsh vocals. With both vocals recorded, the poem was animated to create a video, which centred on the theme of butterflies.

“I was really pleased with the final result and the response to it,” says Sarah proudly.

“It meant a lot to me that the poem was translated into Welsh. I was very much aware of the responsibility of writing this and wanted to do it perfectly. I hope it has made a difference to somebody.”

Mari was also delighted to be asked to record the Welsh translation of Butterflies.

“As someone who has always attended a Welsh medium school it’s wonderful to see resources by young people for young people being made bilingually. The first time I read the poem my worries that I might not be able to relate to it melted away,” describes Mari.

“After a discussion with Sarah about how I had interpreted the translation I felt really confident because, whilst I had my own relationship with the poem, the core message and sentiment shone through even in a different language.

“It was a very rewarding experience and I’m glad that such an important message was able to be captured in the Welsh language,” added Mari.